Join us for our June 3rd Roundtable with Colette Ward, who will be presenting on her PhD research!

What goes up must come down: Implications of increasing productivity for aquatic food webs

Ecologists have long sought to understand the effects of productivity on community structure, and the question remains of pressing importance given contemporary patterns of anthropogenic change. Extensive debate has revolved around bottom-up and top-down hypotheses for community response to productivity, with the latter now dominating our conceptualization of this question in aquatic ecosystems. Key to this discourse is the principle that, in the absence of bottlenecks to vertical energy flux, top-down control is a fundamental response of communities to rising productivity and becomes stronger across productivity gradients.  Here I show that this principle, when projected onto commonly occurring food web motifs (community modules), readily predicts common violations of fundamental assumptions of classical top-down hypotheses, and, by extension, that community responses to rising productivity are not conserved across productivity gradients but are instead context-dependent.

Using 23 large marine food webs I show that food web responses to productivity arise from within-food chain processes at low productivity and increasingly from multi-chain processes with increasing productivity.  This shift unfolds as primary production is increasingly directed into bottom-up controlled detritus channels, subsidizing generalist predators, which in turn exert top-down control on herbivores in an apparent trophic cascade.  Using theory and empirical data from whole lake and marine food webs I show that the effect of productivity on food chain length (FCL) is also context-dependent: FCL should increase over ranges of low productivity and decline over ranges of high productivity as increasingly top-heavy biomass pyramids favor omnivory; at intermediate productivity, FCL should be driven instead by ecosystem size.  Overall this work suggests that, in contrast to conventional thinking, mechanisms of aquatic community response to productivity are not conserved across productivity gradients and are instead readily predicted by a simple community module framework. Colette in the field

UPDATE: Here are the links Lauren mentioned in her talk.

We have a great tech roundtable on May 27!

Lauren Walker, a programmer based at NCEAS, will be leading an informal demonstration of the KNB: Knowledge Network for Biocomplexity, an international data repository and DataONE member node. She will demonstrate how to submit a dataset to the KNB via an online tool and through the DataONE R client.

She will also give a demonstration of the DataONE online search interface, which queries all 24 DataONE member nodes, using the same web software as KNB. This will include a preview of the upcoming scientific data provenance features in DataONE.

Lauren will open the roundtable up for feedback, suggestions, and to hear what you would find most useful with these kinds of tools. 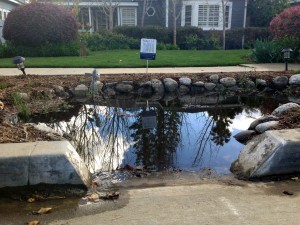 On Friday May 15, 2015, we have a special roundtable session with Alison Specht at ACEAS, who will be visiting NCEAS. Alison will give us an overview of NCEAS’ cousin across the Pacific, talk about an upcoming paper on synthesis in ecosystem science and management and will also discuss her perspectives on ACEAS and other synthesis centres. Do join us for what should be a very interesting discussion!

Alison Specht
Associate Professor Alison Specht is an environmental scientist with broad expertise in research, teaching, and community engagement. She gained her qualifications and taught at the University of Queensland, and for many years was a research and teaching academic at Southern Cross University in northern New South Wales, Australia. She has written scientific papers and book chapters, and is the co-author of two major books on the nature and assessment of Australian vegetation.

Between 2009 and 2014 she was director of the Australian Centre for Ecological Analysis and Synthesis <www.aceas.org.au>, a facility of the Terrestrial Ecosystem Research Network <www.tern.org.au>, an Australian-government funded datanet. She has been a member of the DataONE Usability and Assessment Working Group since its inception, and has great interest and expertise in data management and the preservation of archival data. She is about to take up a position as Directrice of the CEntre for the Synthesis and Analysis of Biodiversity in France <http://cesab.org/index.php?lang=en>. She initiated the formation of the International Synthesis Consortium <www.synthesis-consortium.org> which has recently had its second meeting, whose mission is to increase the effectiveness and recognition of the value of synthesis centres.

Here are links to two papers that Alison will be touching upon in her discussion: As scientific projects grow more collaborative, data citation and data attribution has emerged as challenging issue. Sophie Hou will be presenting her poster on this topic and leading a discussion on how scientists might look to the movies to improve data attribution and acknowledgements.

Abstract: As scientific data volumes, format types, and sources increase rapidly with the invention and improvement of scientific capabilities, the resulting datasets are becoming more complex to manage as well.  One of the significant management challenges is pulling apart the individual contributions of specific people and organizations within large, complex projects.  This is important for two aspects: 1) assigning responsibility and accountability for scientific work, and 2) giving professional credit to individuals (e.g. hiring, promotion, and tenure) who work within such large projects.

This presentation will provide an overview for the concept of data citation, its current practices, and the strengths and weaknesses of the current data citation methods when applied to climate model dataset.  Using the NCAR Global Climate Four-Dimensional Data Assimilation (CFDDA) Hourly 40km Reanalysis as a case study, the presentation will also demonstrate the creation and the result of a detailed data attribution.  Analogous to acknowledging the different roles and responsibilities shown in movie credits, the methodology developed in the study could be used in general to identify and map out the relationships among the organizations and individuals who had contributed to a dataset.  Finally, discussion questions will be presented in order to consider how this framework could be applied to create data attribution for other dataset types beyond climate models datasets. Sophie with her poster